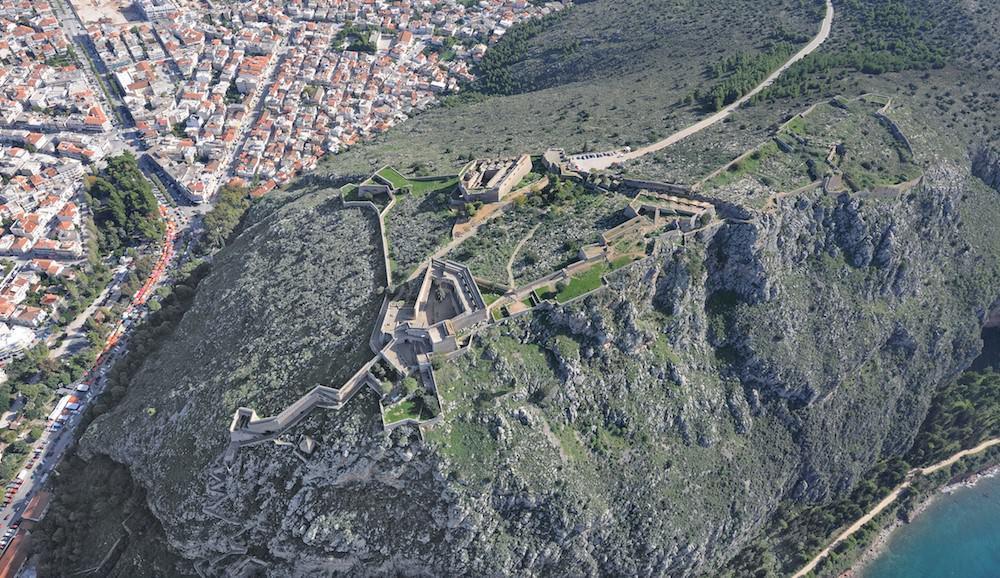 The Palamidi hill was fortified for the first time by the Venetians during the 2nd Venetian occupation (1686-1715) with a perfect system of synchronised fortifications. The Palamidi is a classic Baroque fort, built to plans by Giaxich and Lasalle. In 1715 is was conquered by the Turks, who held it until 1822, when it was transferred to the Greek State.

One of the most important architectural examples of defensive architecture in the country, the castle, with its eight bastions, is a Venetian fortification constructed by the rulers of the 18th century. A long series of steps, fortified with small battlements, leads up to the northwest side of the fort. The church of Agios Andreas, located inside the bastion of the same name, is also important. It is covered by a semi-cylindrical dome and half its eastern side fits into one of the arches that support the parapet. The free-standing part has two aisles.

The Kolokotronis prison in the 'Miltiadis' bastion, was used to hold the hero of the revolution.