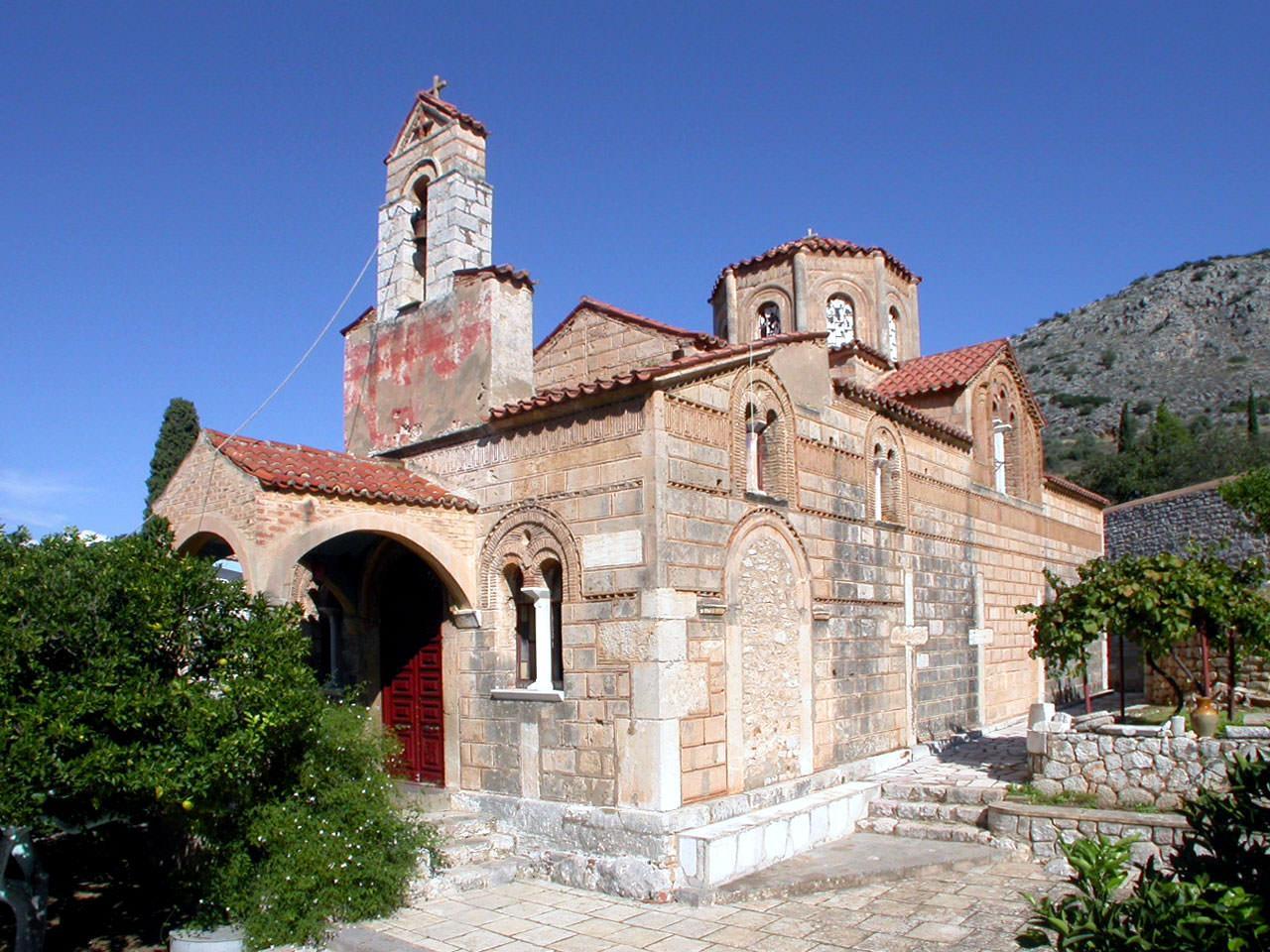 On the eastern foothills of the fortress of the fortress of Palamidi, near the village of Aria, at a distance of approximately 3km from Nafplio, is the monastery of Areia or Nea Moni or Agia Moni, as it has been called since the 17th century. It is dedicated to Zoodoxhos Pigo (Life Giving Source) and its catholicon is one of the most beautiful and well preserved Byzantine churches in Greece, a representative example of the so-called “Greek School” of architecture of the 12th century.

The church was built in 1149, as mentioned by the founding inscription that survives walled-in on the southwest corner of its narthex. The expenses for its construction were covered by the Leo, bishop of Argos, who in his “Memorandum” provides significant information regarding both him and the monastery. During the Latin Occupation (1212-1389) the monastery remained in Orthodox worship, as a matter of fact it received significant privileges by the Latin bishop of Argos, Segundo Nani. In 1679, during the Turkish Occupation it was granted to the Patriarchate of Jerusalem as a metochi of the Holy Sepulchre. For many centuries it was an important centre of the intellectual life in Argolis and hosted a lot of scholars and scribes who copied manuscripts. It was dissolved in 1833, with an edict by the Regency of Otto, but it operated again in 1875, when it was dedicated to Zoodochos Pigi.

The catholicon of the monastery belongs to the type of complex, four-columned, cross-in-square church with a dome and a triconch bema. On the west there is a narthex and exonarthex, while two propyla are shaped on the northern and western sides, from which the western one has been reconstructed. The bell tower has been added at a later date. The building is over a crepidoma and on its side walls there stone decorative crosses, a characteristic of the architecture of the 12th century. The rest of the walls us built with the know cloisonné masonry system of the Middle Byzantine period, with the middle apse of the alter area being rather carefully erected. The dome is an octagonal one with limestone columns on the corners. The church is characterized by the especially rich, almost extravagant, ceramic decoration, another characteristic of the 12th century. At its interior nothing survives from the initial decoration of the wall paintings and the marble screen.

Nowadays it is a women’s monastery and it celebrates on Bright Friday.