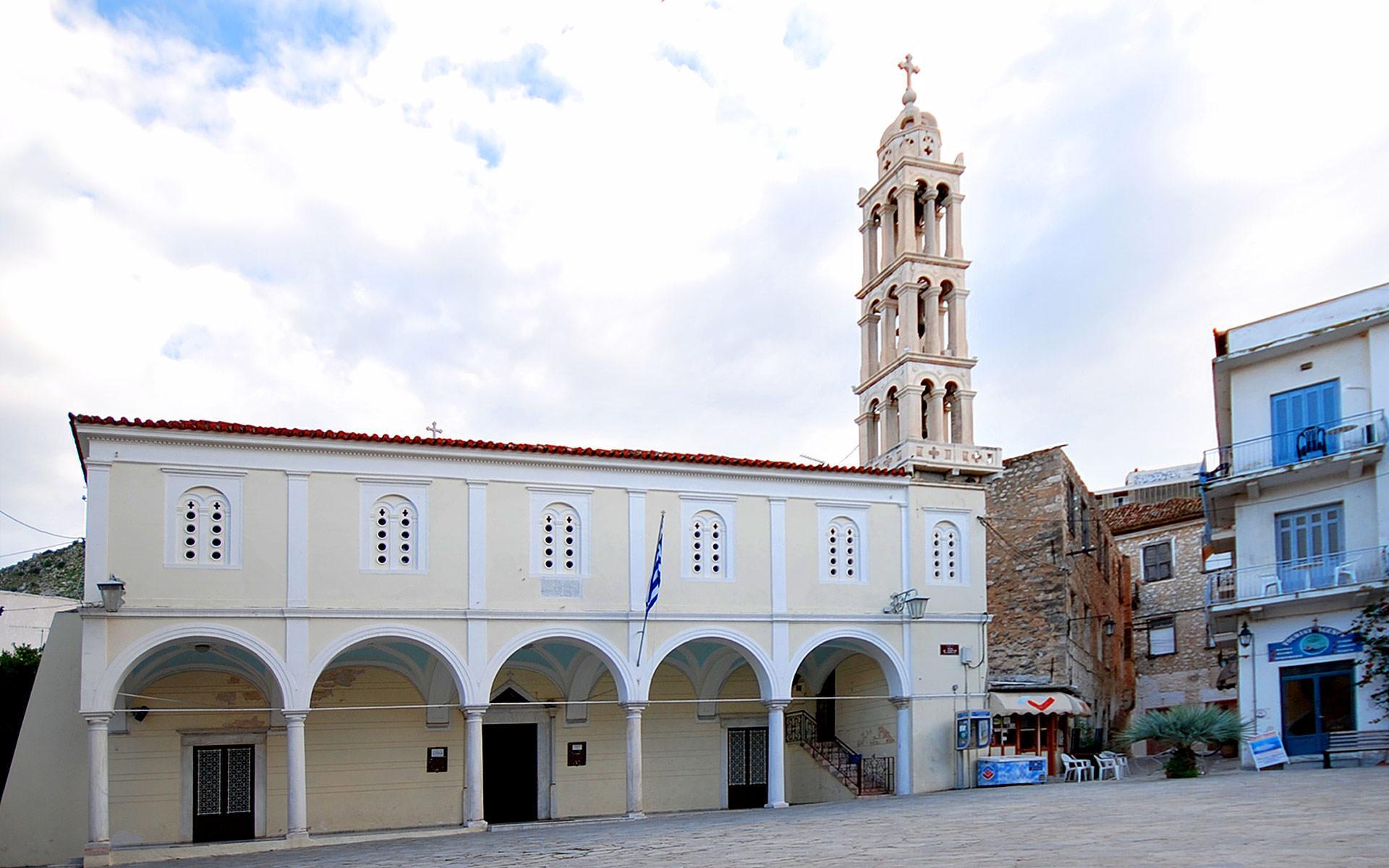 The Metropolitan Church of Aghios Georgios is one of the most important and oldest churches in the city, and many great events from Greek history took place here. It is believed to have been built at around the beginning of the 16th century, during the time of the first Venetian occupation of the city, but after the invasion of the city by the Turks in 1540, it was turned into a mosque. In 1686, when the Venetians successfully retook the city from the Turks, the church of Aghios Georgios was the site of the reception for the victorious commander-in-chief, Francesco Morosini, and a service of thanks was held here. During the second Turkish occupation, the church was once again turned into a mosque, and after the liberation of the city in 1822, Aghios Georgios became Orthodox. The church is built in the basilica style, with a dome and murals that must have been created during the second Venetian occupation, around the beginning of the 18th century, in a western style. In fact, the depiction of the Last Supper is a copy of the well-known composition by Leonardo da Vinci. In 1823 the murals were re-painted by Dimitrios Vyzantios, the author of the famous ‘Babylon’. The funerals of many famous figures from the Greek revolution were held in Aghios Georgios; such as Palaion Patron Germanos or Dimitrios Ypsilandis, who was actually buried in the narthex of the church. It was here, amidst great solemnity, that the funeral service of the murdered Greek governor, Ioannis Kapodistrias was held. His embalmed remains were placed in the vestry for about six months, until 29th March 1832. It was to the church of Aghios Georgios that Otto, the first King of Greece, came on 25th January 1833, as soon as he landed in Nafplio. Today, the throne where the young Otto sat during services can still be seen. The narthex and bell-tower were added in 1834 by the regent who ruled until Otto came of age, in order to commemorate the king’s arrival in the city. It was at this time that Aghios Georgios became Nafplio’s Metropolitan church. South of the church there is a very important building that dates from the time of the first Venetian occupation, as does the church itself. It is two-storey and surrounds the church in an ‘l’ shape. In around 1712 it must have housed the Venetian Religious School, while during the 19th century the building had various uses, such as a printing press, or an orphanage. We know that in 1824 it housed the Ministry of Education and, in 1830, the Hellenic School. There are houses in Aghios Georgios Square which demonstrate the austere elements of early neo-classicism. Every summer there are concerts held here as part of the famous Nafplio Festival, which is successfully organised by Nafplio City Council. Apart from Aghios Georgios Square, concerts are held at other beautiful sites around the city, such as the bastion of Aghios Andreas at the Palamidi; the Bourtzi and Arvanitias Square.