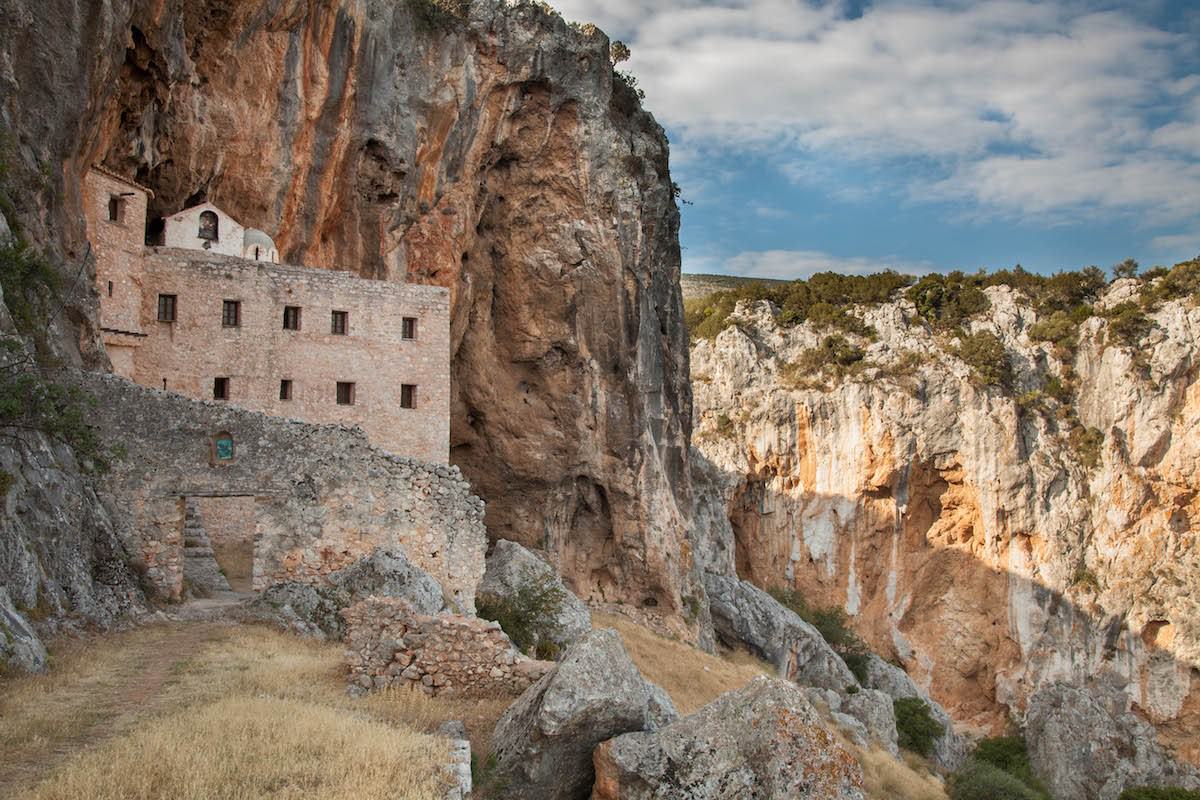 The monastery was built in the steep Rado Gorge. It is a three-storey monastery complex, consisting of cells and other areas adjacent to the catholicon [monastery church], and are shaped to fit into the hollows of the steep natural rock that dominates the valley. The dual-nature catholicon is located on the second floor and consists of two churches: the church of Agioi Theodoroi, which is cruciform, and the church of Agios Dimitrios, which is covered by a groin vault. The founding of the monastery is believed to date from the 11th century, while it must have taken its eventual fortified form in the first decades of the 16th century, when the area was a fiefdom of the Palaiologos dynasty. Fragments of murals have survived in the interior. The Chapel of the Metamorphosi was built in the natural cave above the monastery complex. It has two layers of murals, the older of which has been dated to the 13th century. The unified arrangement of the catholicon and the outbuildings, the narrow windows, the labyrinthine interior and the gun loops over the entrance emphasise the defensive nature of the monastery. The monastery seems to have met with great prosperity during the 17th century. Around the main monastery complex, a number of buildings have survived, which were connected to its operation during its heyday. On the surrounding plateaus it is still possible to see threshing floors, storage buildings and guest rooms, while there is mention that there used to be water-mill. The monastery fell into decline after it was burned by Ibrahim, in June 1825. Its final dissolution was decided by an edict of 1833, and it has never worked again. The Ministry of Culture carried out reinforcement work on the monastery at the end of the 1980s.