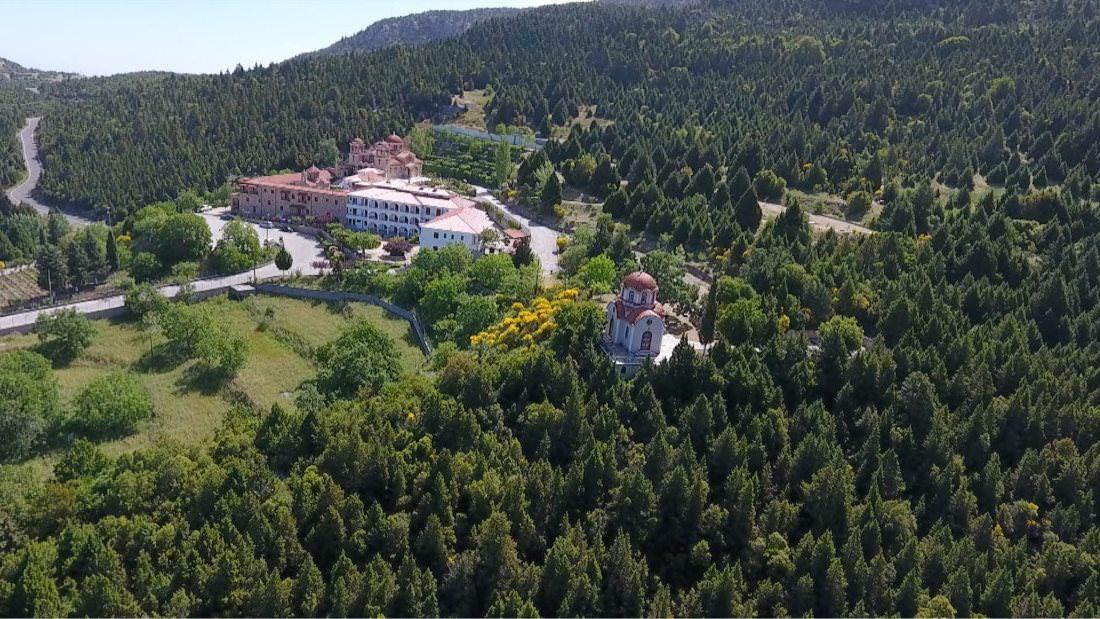 Monastery of the Dormition of the Virgin Mary Malevi

At the idyllic, filled with cedar trees area of Agios Petros Kynouria, on the slopes of Mount Parnon, is the historic Monastery of Malevi, dedicated to the Dormition of the Virgin Mary. The name “Malevi” is related to the highest peak of Mount Parnon, Malevos, where the monastery was initially buit.

According to tradition, the monastery was founded in the beginning of the 8th century, at the highest point of the money, at the location Kanalous. Due to the difficult weather conditions, in the beginning of the 14th century it was transferred to the location Pournaria, as we can detect from a chrysobull of 1320, by emperor Andronikos II Palaiologos. At its present day location, according to the founding inscription, it was constructed in 1616. During the Turkish Occupation it was torched twice, in 1786 and in 1826, by the troops of Ibrahim. During the Revolution of 1821 it played a significant role, since its abbot was a member of Filiki Etairia and provided his services as a surgeon, while Kolokotronis had established here a unit for the hospitalization of the wounded and the sick. In modern time, during the German occupation, it was bombarded by German airplanes, because the forces of the resistance that were active at Parnon found refuge there. In 1949 it was converted from a men’s to a women’s monastery.

The modern monastery complex is protected by a precinct that is formed by the newly-built or renovated buildings. Approximately at the centre of the area is the catholicon. It belongs to the type of cross-in-square church with a dome, it is built according to rubble masonry, and its interior is decorated with modern wall paintings. An attraction for the pilgrims is the miraculous icon of the Dormition of the Virgin Mary, which is considered the work of Luke the Evangelist and was silver-plated in 1362. There is a chapel at the monastery dedicated to the Death of Agios Neilos and it celebrates on the 12th of November. His secular name was Nikolaos Terzakis and he was from the village of Agios Petros, he became a monk here and he later was an ascetic at Mount Athos, next to Agios Petros the Athonite.

The monastery celebrates on the 15th and the 23rd of August.