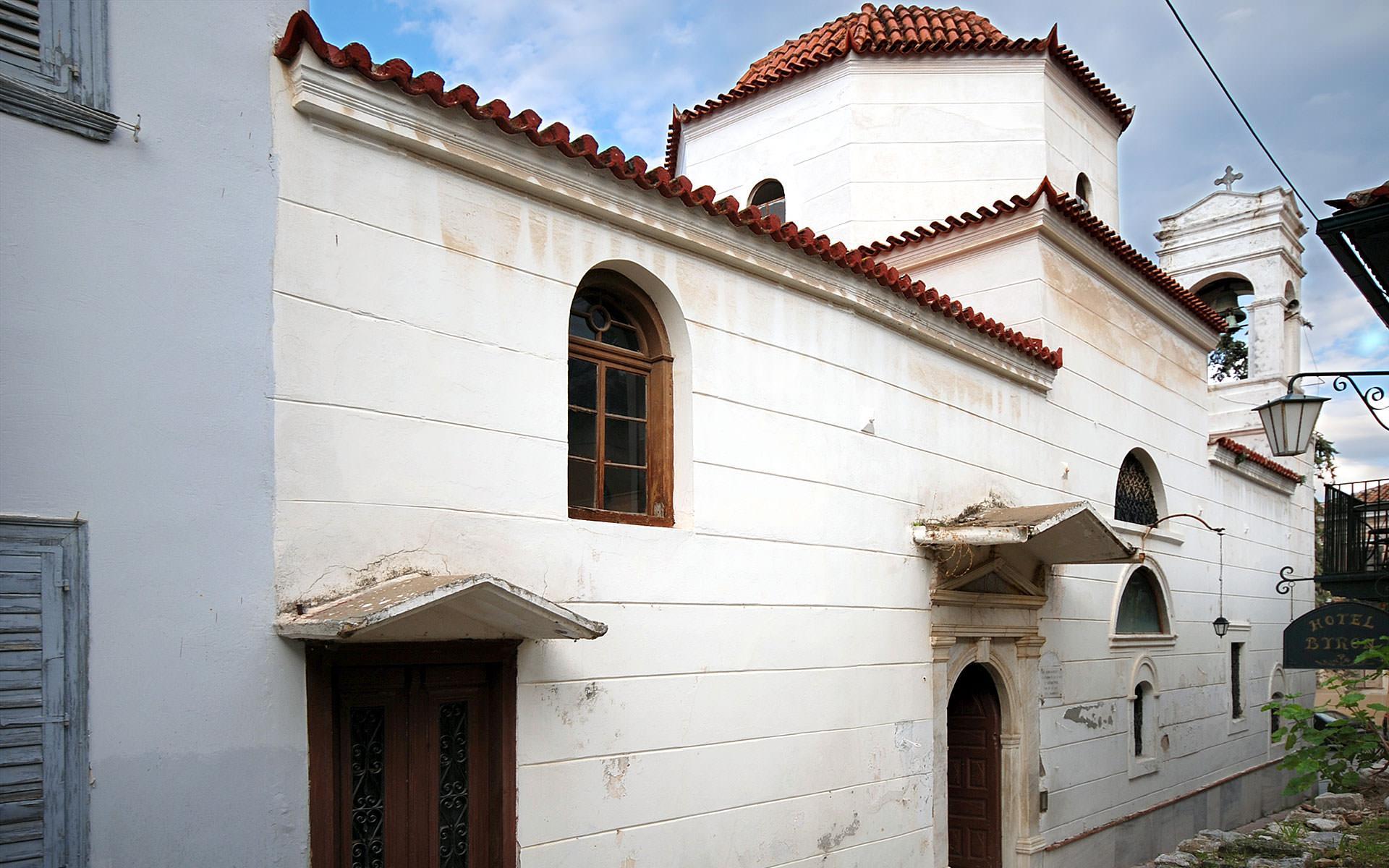 The Church of Aghios Spyridon

Construction on the Church of Aghios Spyridon was completed in 1702, during the time of the second Venetian occupation of the city, funded by the Nauplian Brotherhood of Orthodox Greeks. It is a single nave church with a dome. It was here, outside this church, that one of the blackest events in modern Greek history took place. At dawn of 27th September 1831, Ioannis Kapodistrias was murdered by the Maniatian brothers Georgios and Konstadinos Mavromichalis. Kapodistrias was on his way to church, as was his habit every Sunday, to Aghios Spyridonas, which was consecrated to the patron saint of his birthplace, Corfu. At the entrance to the church, however, the two assasins were waiting for him, and, after they had greeted him, they attacked; Konstadinos Mavromichalis with a pistol, Georgios with a knife. The governor died instantly. Konstadinos Mavromichalis was chased and lynched by the furious crowd, while Georgios was executed a few days later. The grief resulting from the death of the governor was great. His embalmed body was laid out in the Governors Mansion for many days for people to come and pay their respects, and his funeral was held on 18th October 1831 in a sombre ceremony in the church of Aghios Georgios. His internal organs were placed in an exquisite casket under the altar of Aghios Spyridonas.