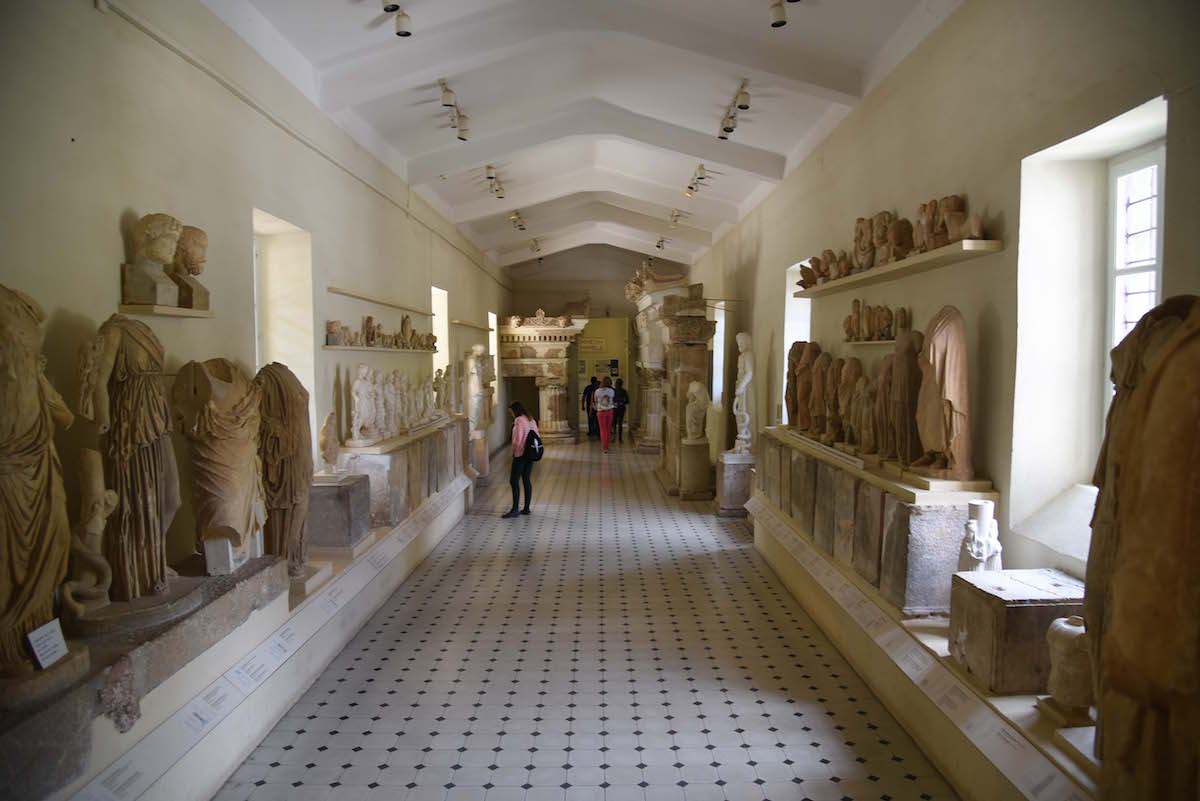 The small archaeological Museum of Epidavros is at the entrance to the archaeological site of the Asklepieion and houses many of the finds that were discovered there. It is considered of great importance because the exhibits include many fragments of architectural parts from the superstructures of the most notable buildings in the sanctuary.

In the middle of the First Room two inscriptions detail the cost of the construction detail the cost of the constuction of the Tholos and the temple of Asklepios. On the left wall at the entrance is an inscription by M. Julius Apellas from Caria who describes his cure in the 2nd century AD, and on the right the inscription containing the Hymn to Apollo and Asklepios by the poet Isyllus (ca. 280 BC), as well as an account of the miracles of Asklepios. From the ancient city of Epidavros comes the torso of a 6th century BC kouros. A small case contains medical instruments and small objects from the sanctuaries of Apollo and Asklepios. High on the wall separating the first from the second room are antefixes and simas from different buildings in the sanctuary belonging to the Classical and Hellenistic periods.

In the Second Room are displayed votive offerings chiefly from later years, and plaster copies of works exhibited in the National Archaeological Museum, like the statues of Asklepios, Hygeia, panoplied Aphrodite and others, as well as sculptures from the decoration of the temple of Asklepios. At the end of the room are restorations of parts of the entablature and the columns of the Propylaia of the sanctuary.

The Third Room contains reconstructions of the superstructures of the temples of Asklepios (outer colonnade and parts of the inner one) and Artemis. At the end of the room is displayed a superb Corinthian capital, perhaps a copy of the model used by Polykleitos the Younger for the inner colonnade of the Tholos. During the last decade there has not been a display in the last room of parts of the superstructure of the Tholos, although they are kept in the Museum, because of ongoing studies for the erection of parts of the monument by the Committee for Consolidating the Monuments of Epidavros under the direction of Professor V. Lambrinoudakis.

A short distance from the Museum is a small building housing the inscriptions from the site and the district of Epidavros. Outside the fenced-in archaeological site, close to the installations of Greek Tourist Organisation, a storeroom has recently been converted into a place for exhibiting the costumes from the modern performances in the theatre.