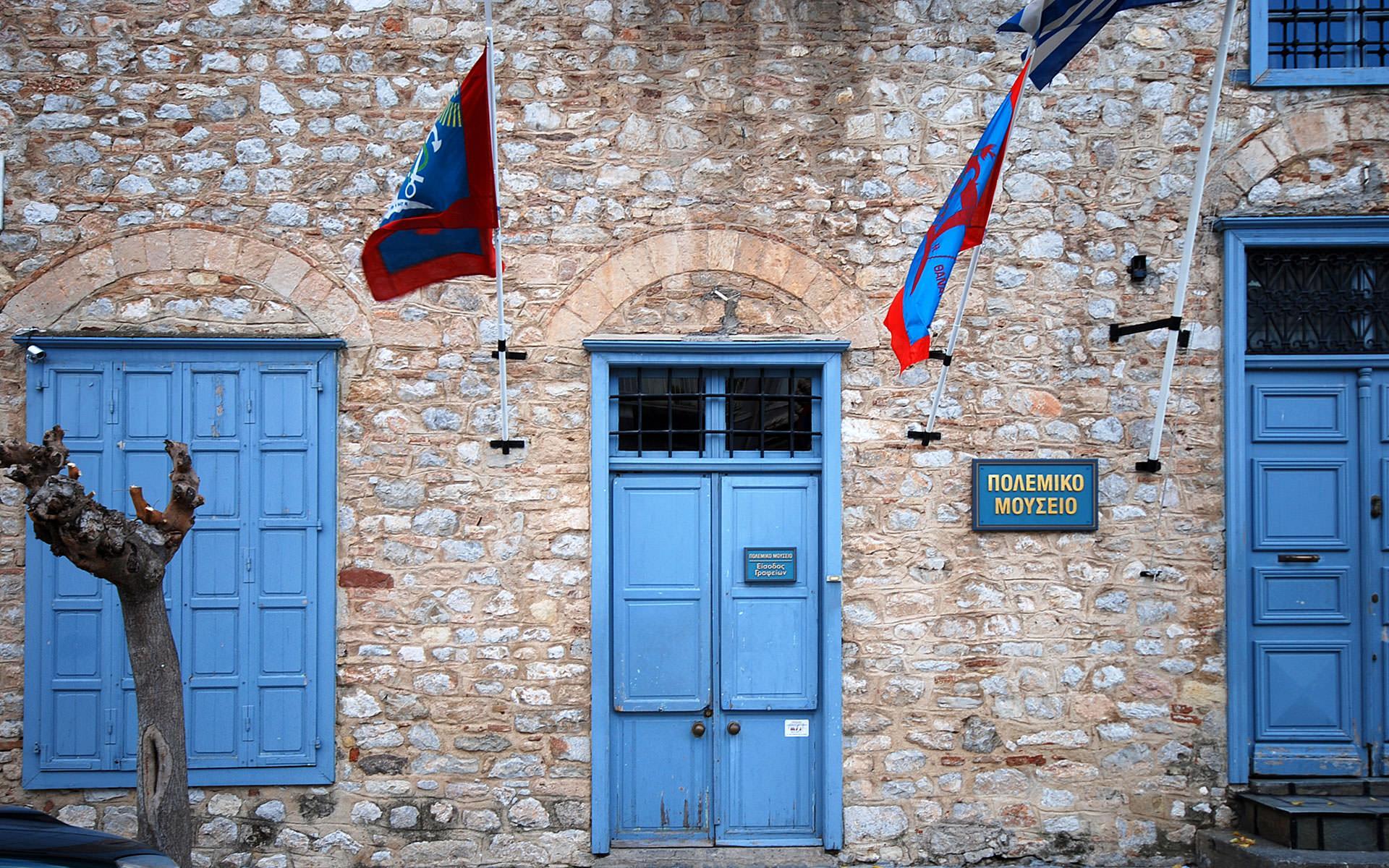 The War Museum is housed in the two storey neo-classical building, where from 1828 to 1834 the first ‘Cadet School’ or ‘Central Military School’ operated. The founder was the first governor of Greece, Ioannis Kapodistrias, and the school’s mission was to provide the army with suitably educated recruits. The ‘Cadet School’ has been restored and since November 1988 has housed the war museum, a branch of the War Museum of Athens. The museum’s mission is to present important events from modern Greek history, with emphasis on the contribution of the citizens of Argolis to the struggles of the Greek nation, from the revolution of 1821 to the liberation of Greece from German occupying forces in 1944. At the same time, it shows the history of the ‘Cadet School’, which operated in this building. On the first floor of the building there is an exhibition of artefacts from the historical ‘Cadet School’. There are also exhibits, such as copper engravings, weapons, uniforms and paintings from the Greek revolution of 1821; the Macedonian Struggle against the Bulgarians of 1904-1908; the Balkan Wars of 1912-1913; and Greece’s participation in World War I. On the second floor of the museum there is an exhibition of photographs, weapons, maps and other artefacts from the Greek campaign in Asia Minor of 1919-1922, the Greek-Italian War of 1940-1941, the German invasion of 1941 and the occupation and liberation of 1944. On this floor, there is also a special gallery designed to house temporary exhibitions organised by the Nafplio annex.