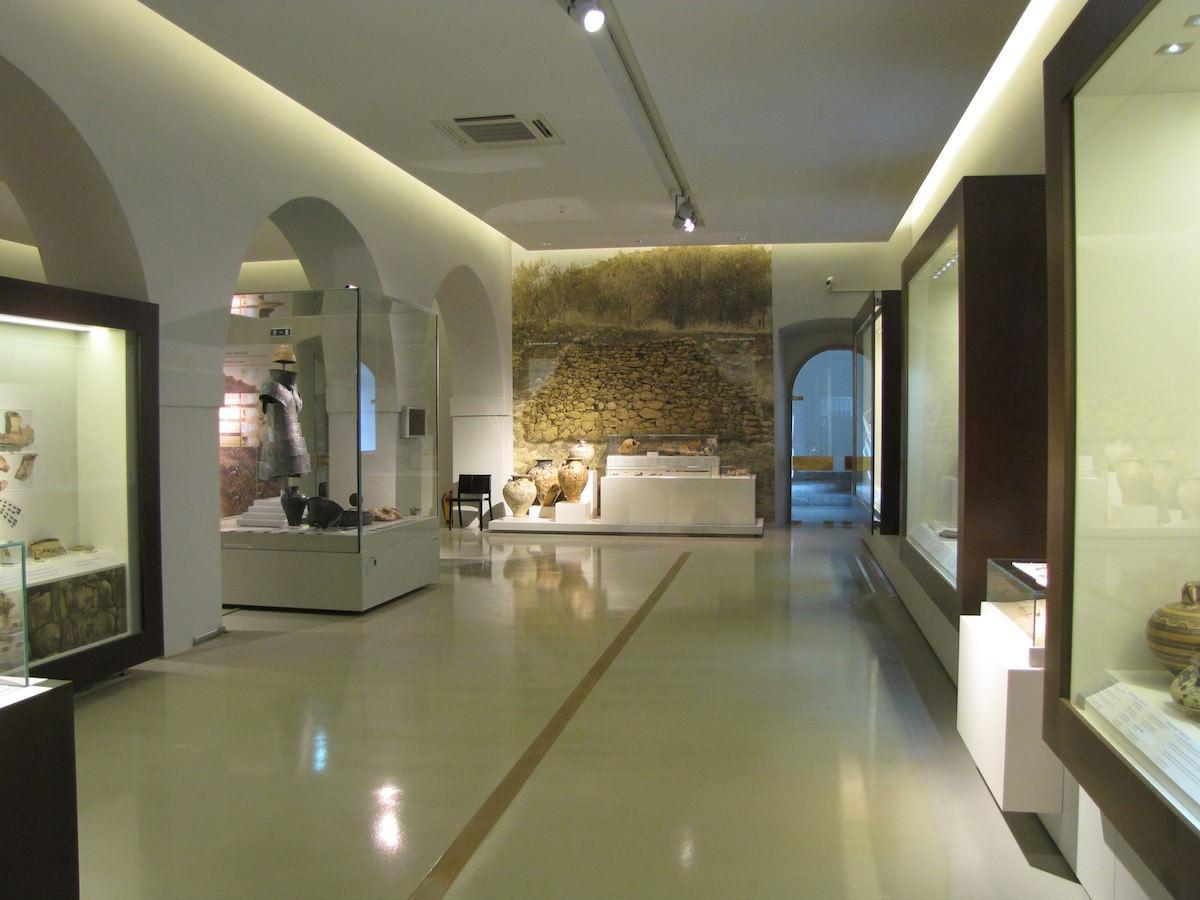 From the beginning of the 1930's, the Archaeological Museum of Nafplion has been housed in the imposing three-storey Venetian building which forms the western boundary of Syntagma [constitution] Square. It is one of the most beautiful and best preserved monuments from the time of the Venetian occupation of Greece. According to the marble inscription inlaid in its facade, the building was built in 1713, during the time of the second Venetian occupation, by the prefect of the fleet, Augustine Sagredo, to be used as a naval warehouse. Following liberation, it maintained its military character, as it was successively used as a barracks, the headquarters of the 8th Infantry Regiment and a military club. The permanent exhibition is arranged in two rooms of a similar layout. In the room on the ground floor, there is a display of finds from prehistoric times, and in the room on the second floor the finds from historic times.

From 2003 to 2008 renovation work was carried out on the museum as part of the project 'Improvement/Upgrade of the Archaeological Museum of Nafplion', which was co-funded by Greece and the European Union. The museological programme of the new exhibition is arranged into thematic units, which demonstrate the civilisations that developed in Argolis from the furthest pre-history up to Late Antiquity and include finds from Greek excavations and those of the German Archaeological Institute, the Swedish Institute, and the American School of Classical Studies. As well as the length of time it covers, the exhibition also has great geographical breadth, as it displays the finds and archaeological units from the most important archaeological sites in Argolis, such as the Francthi cave, Tiryns, Midea, Dendra, Berbati, Asini, Kazarma, Palaia Epidaurus, Alies and Ermioni. The finds from Argos and its neighbouring Lerna, Mycenae and the sanctuary of Asclepius at Epidaurus are on display in the corresponding museums of Argos, Mycenae and Epidaurus.

A major exhibit in the museum is the Mycenaean armour from Dendra, which dates from the end of the 15th century BC. It is one of the most splendid and impressive samples of Mycenaean defensive weaponry to survive to the present day.

The clay votive shields are also important exhibits. They were found on the Upper Acropolis at Tiryns and date from the beginning of the 7th century BC. The painted pictures on the shields are unique among their kind and are among the earliest figurative scenes with mythological content.